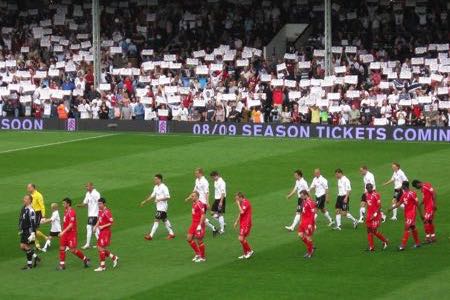 The Premier League is the pinnacle of football in England. Indeed, the fact that English clubs regularly do well in competitions, such as the Champions League, with sides like Liverpool, Manchester City and Chelsea reaching the final of the competition, even if not winning it, might suggest that the English top-flight is the pinnacle of football in Europe. As a result, the desire of clubs in the Championship to make it into the Premier League is easy to understand, with some often staking huge sums of money trying to achieve it.

The problem is, the Premier League is a different beast to the second-tier league in England. Every match has something riding on it, resulting in games being more competitive than they are in the Championship. Not only that, but there are 80 fewer games in total, meaning that the chance to bounce back from defeat isn’t as readily available as it is one league below. All of which means that some clubs seem to be in footballing purgatory, constantly bouncing between divisions and unable to find a permanent home.

What Is a Yo-Yo Team?

Derived from the yo-yo toy that just goes up and down and boasting the equivalent term of ‘Fahrstuhlmannschaft’ in German, the phrase is a reference to sides that gain promotion to the Premier League before being relegated back to the Championship, then repeating the trick in the following years. It can also refer to sides that move between the likes of the Championship and League One on a regular basis, but it is more commonly associated with the top two flights of football in England, with sides bouncing up and down between them.

Throughout much of the early part of the 21st century, West Bromwich Albion were the archetypal yo-yo club. The were promoted four times in the 2000s, largely thanks to the fact that they were relegated three times. Crystal Palace could have been given the moniker for a time, having being promoted five times and relegated on four occasions, only managing to rid themselves of the title after staying up in 2013 and remaining in the Premier League ever since. Here is a look at some of the biggest yo-yo clubs of the modern game: 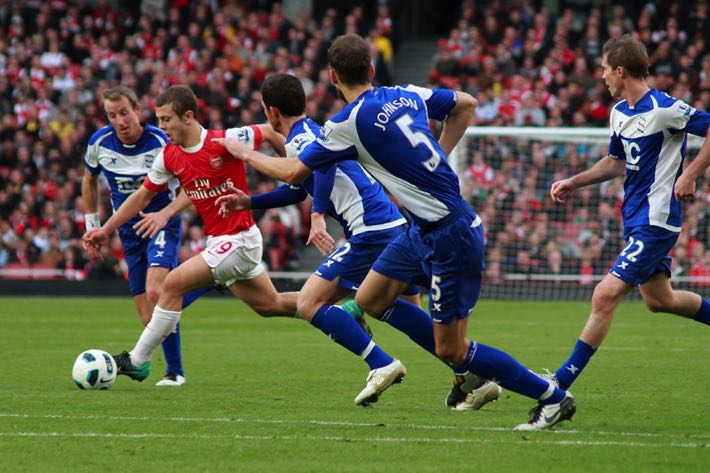 If you want to discuss yo-yo teams then there really is only one place to start, considering the fact that Birmingham City have been promoted to, and then relegated from, the top-flight more than any other English team. Elected to Division Two in 1892, the Blues gained promotion to the top-flight two years later before being relegated back down again two years after that. Promotion in 1901 was followed by relegation in 1902 and promotion once more in 1903. They lasted a little longer this time, not being relegated until 1908.

They only suffered three relegations on the back of four promotions over the next 70 years, admittedly with two breaks for World Wars thrown in. After they were relegated for the seventh time in 1979, they came back up at the first time of asking. The same happened again five years later, but when they were relegated in 1986 they ended up staying outside of the English top-flight for 16 years. All of which brings us nicely to 2002, when the Birmingham side were promoted to the Premier League for the first time under its new branding.

They stayed in the top-flight for four years, but in the four years that followed they were relegated and promoted twice apiece. The longest period of time that Birmingham City have remained in the same division was the 18 years in the First Division between 1921 and 1939, also spending a decade in the top-flight between 1955 and 1965. With that in mind, their four years in the Premier League were pretty decent, all things considered. Since their relegation in 2011, they’ve failed to make up back up to the top-flight, but who would bet against them doing it again in the future? 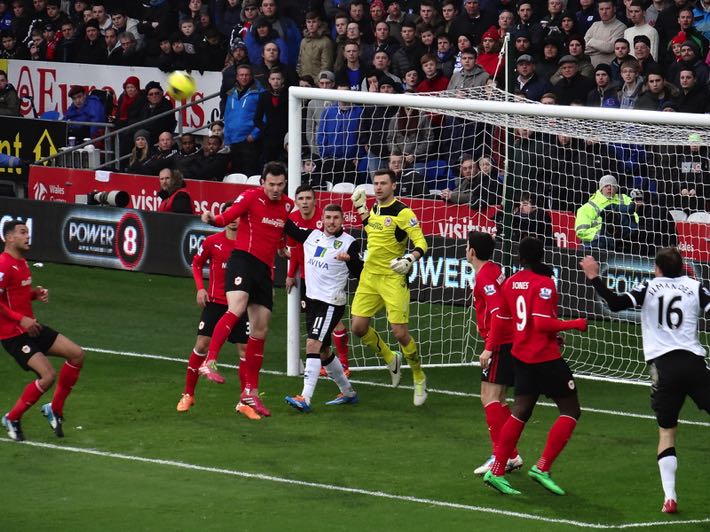 If any club is going to give Birmingham City a run for its money then it is probably Norwich City. The Canaries feel as if they are constantly stuck in some sort of purgatory, constantly bouncing between the Premier League and the Championship. Each time they gain promotion it is meant to be different, but as with Lucy whipping the ball away from Charlie Brown after promising that she won’t, causing him to miss his kick and fall over, every time the Anglian club head straight back down at the end of the season to start again.

The interesting thing about Norwich is that the club’s fate has seemed tied with Fulham’s since 2018, which was the last time that the two clubs were in the same division. Since then, they have each been gaining promotion and then being relegated on a slightly different cycle to one another, with one being in the Championship and the other the Premier League before they seemingly swap over the following year. For Norwich, the attempt to break the cycle ahead of the 2021-2022 campaign involved £50 million of spending, but it didn’t work.

Instead, they were relegated back down to the Championship at the same time that Fulham were promoted out of it. The problem is, if spending £50 million can’t help you break the cycle then what on earth will? As one Norwich fan put it, things don’t look good when Newcastle United needed to bring in billionaires with questionable morals in order to keep themselves in the top-flight for as long as possible. Majority shareholder Delia Smith would have to sell a huge number of cookbooks to be able to spend big enough to do the same. 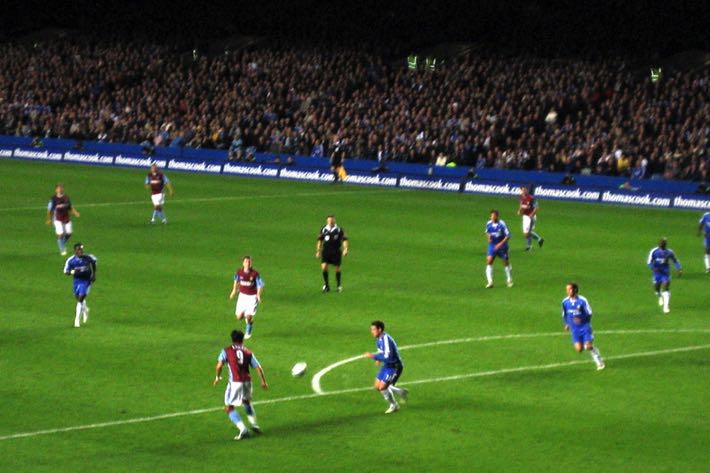 Being the ‘ultimate yo-yo club’ isn’t a moniker that many teams want attached to them. Even so, Fulham certainly make a case for it to be applied to their achievements, seemingly constantly bouncing between divisions in the 2010s and 2020s. The West London club gained promotion out of what was then Division 1 into the Premier League ahead of the 2001-2002 campaign, seemingly managing to establish itself in the years that followed thanks to 13th, 14th, 9th, 13th and 12th placed finishes. Things looked a bit scary when they finished 16th and then 17th, but they followed that up by ending up 7th.

A 12th-placed finish in 2009-2010 was followed by 8th and then 9th, whilst another 12th place in 2012-2013 suggested that Fulham were just steadily enjoying life in the Premier League. It all fell apart in 2013-2014, however, when the club managed just nine wins and 24 losses over the course of the campaign, ending on 32 points and finishing 19th. Hopes of a bounce straight back up were scuppered when they finished 17th then 20th in the Championship, but they eventually returned to the top-flight via the play-offs at the end of the 2017-2018 season.

That was when the current vogue of them being a yo-yo club began, though. An immediate relegation from the Championship was followed by another play-off win in 2019-2020, before 28 points ensured they went back down again the following season. Immediate promotion followed thanks to 90 points and a first win of the second-flight since 2000-2001. What followed after the 101 points and league title at the turn of the millennium was that period of Fulham being an established Premier League side for more than a decade. Will history repeat? 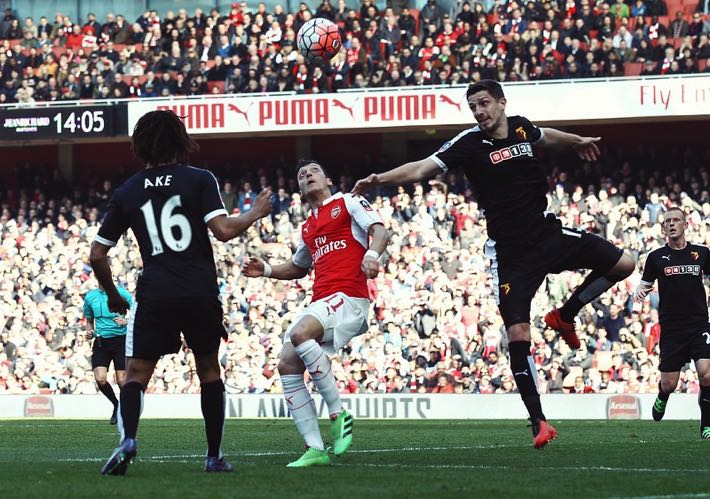 There does seem to be something a trend for clubs based in London being yo-yo sides. Crystal Palace have, at the time of writing, established themselves in the Premier League well enough to mean that they can’t really be put on this list, but they definitely have been in years gone by. We have just discussed Fulham and now it is the turn of Watford to be looked at. The Hornets, reasonably local rivals to the West London club when the two happen to be in the same division, have also enjoyed their fair share of yo-yoing.

Watford only reached the top-flight in England for the first time at the end of the 1981-1982 campaign, staying in Division 1 until they were relegated in 1988. A period of bouncing between the top two English leagues followed and it it has carried on ever since. They have enjoyed prolonged periods in one division or the other over the years, such as the six seasons in the second-flight between 2000-2001 and 2005-2006, at which point they made it back into the Premier League before being relegated out of it again.

Eight more years in the Championship followed, before a return to the top-flight. They finished 13th, 17th, 14th and 11th, suggesting that they had finally cracked it, only to end up 19th and relegated again at there conclusion to the 2019-2020 season. Second place in the Championship saw them bounce straight back up thanks to automatic promotion, but an abject managerial performance from Roy Hodgson saw them fail to maintain their top-flight status. The constant chopping and changing of manager helped no one, so perhaps stability in the dugout might allow them to stay in the Premier League for longer.

What Does It Take to Stop Yo-Yoing?

The problem for teams that bob up and down between the Premier League and the Championship is that it isn’t easy to stop the process. Football is a fickle sport, with money being an important factor but not the only one. A team could spent tens of millions and still struggle to adapt to the fast-paced nature of life in the English top-flight. Having a talented manager is crucial, but if you don’t give them the tools to do their job then the likelihood is that the team that they’re in charge of will still have the same problems that see them relegated and promoted ad infinitum.

Many owners will think that having a good attack as key to being able to win enough points to stay in the Premier League, but realistically it is more important to have a defence that can keep other teams out. The spine of an excellent goalkeeper, strong defender, talented midfielder and goalscorer will be enough to win points more often than not. That means that a good scouting department is one of the key facets of a team hoping to break the cycle and stay in the top-flight. It can be done, as evidenced by the likes of Leicester City and Crystal Palace, but it isn’t easy.

Leicester City, of course, won the Premier League title in astonishing fashion in 2015-2016, defying all the odds and proving, perhaps, that anything is possible for a team that stops yo-yoing and gets its act together. Of course, the fact that the Foxes were 5,000/1 to win the Premier League probably tells you everything that you need to know in terms of how likely it is, but other clubs are desperate to repeat the trick that Claudio Ranieri managed at the King Power Stadium. That, it could be argued, is why they’re struggling to make sensible decisions and keep their ambitions low.