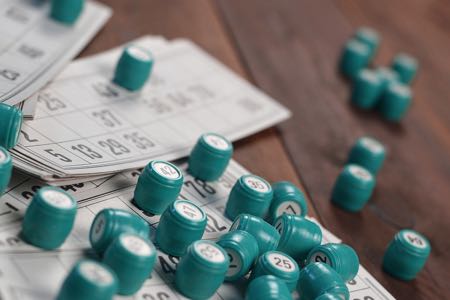 The Olympics is seen by many as being the pinnacle of sporting achievement, with athletes at the height of their physical fitness gathering together in the same city to take each other on in their chosen sport. Over the years, we’ve seen achievements, such as when Michael Johnson won double gold, or when an Ethiopian runner, Abebe Bikila, completed the marathon barefoot in 1960. In other words, the Olympics shows sports stars off at their very best, which is why the idea that bingo could be added to the roster seems ludicrous.

Even so, it is not as fanciful as it might seem. Since the popularity of the likes of eSports has grown to the point where some think it should be considered as part of the Olympics, bingo as a game has entered the consciousness of those that decide such things. Indeed, in 2016 the bingo company Mecca launched a campaign to have it added to the Olympic roster; though the fact that the news broke on the first of April had more than few people asking questions about whether they were making themselves look like fools.

What the Rules Say

In terms of whether or not something can be an Olympic sport, there are certain criteria that must be reached in order for the International Olympic Committee will even entertain the idea. One of the first steps is for an event to have an International Federation, whose jobs include administering anti-doping procedures. The IOC claims that it ‘tries to make the programme of the Games evolve within the limits and rules established’, but what, exactly, are those limits and rules that have been in place for hundreds of years?

If the criteria of needing to be ‘governed by other International Federations recognised by the International Olympic Committee’ is met, sports need the Organising Committee of the Olympic Games to propose them for addition to future Games. The event programme for the Games is defined by the IOC’s Executive Board after said recommendations have been made. Any proposal for a new event goes through a strict ‘review and decision-making process’, which is led by the Olympic Programme Commission and involves representatives of participants, International Federations and Olympic Committees.

When the modern Olympics were re-established in Athens in 1896, there were 241 competitors. Nowadays there are more than 10,000 that take part in the Summer Olympics, so it is fair to say that the competition has grown somewhat over the years. Almost 100 events have been added to the Olympic roster since 1980, showing just how quickly things can change. Just because a sport has been recognised as such doesn’t mean that it will actually become an Olympic sport, as evidenced by bowling and chess.

If a sport is to become an Olympic one, its International Federation needs to apply for admittance. At that point, the IOC may add it as a sport, as a discipline, which is a branch of a sport, or as an event, which is a competition within a discipline. There are many rules and regulations that dictate whether it will be added, including the idea that it ‘increases the value’ of the Olympics. Purely ‘mind sports’ are banned, as are those depending on mechanical propulsion. In recent years, a sport has only been added if another is discontinued.

Does Bingo Meet the Criteria? 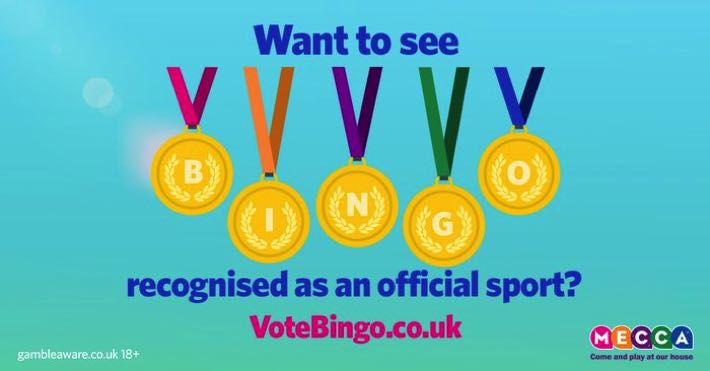 It is fair to say that bingo doesn’t seem much like a sport when you compare it to the likes of pole vaulting, running and boxing. It also feels much more akin to a ‘mind sport’ like chess. The fact that chess isn’t in the Olympics in spite of being one of the most famous games in the world certainly points to it being unlikely that bingo will be added to the Olympic roster any time soon. There is also the small matter of a lack of an International Federation for bingo, which is one of the most important parts of the rules around adding new sports.

With this in mind, the obvious question to ask is whether or not Mecca Bingo’s attempt to launch a campaign to make bingo an Olympic sport was little more than a campaign to gain attention. It certainly feels like it, with many thinking that whoever published their tweet on the matter did so too early. That is because it went like at 5.10pm on the 31st of March in 2016, just a few hours before it would have been April Fool’s Day. Instead, it gained just two retweets and five likes on Twitter, suggesting that even as an advertising campaign it failed.

Mecca, meanwhile, sent letters to the International Olympic Committee that pointed to the fact that bingo required players to be mentally alert, boast good observational skills and be sportsmanlike, which they felt meant that it should qualify. Having seen bridge apply for inclusion in the Olympics in 2020, which eventually took place in 2021 thanks to global events, it was clear that Mecca felt that there was some room for bingo to be included for similar reasons. The fact that none of bridge, chess or tug-of-war were included tells you quite a lot.

Bridge’s application to Sport England to be considered a sport was turned down in 2015 on account of the fact that it didn’t entail any ‘physical activity’. A quick trip to a local bingo hall would suggest that things aren’t much different on that front. Indeed, there was a call in The Ringing World for the activity of bell ringing to be included in the Olympics, which at least makes sense on account of the fact that it is a physically demanding activity.

Bingo Would ‘Increase the Value’ of the Olympics?

That being said, one of the criteria that the IOC looks for before adding a sport to the Olympic roster is the idea that it would ‘increase the value’ of the Olympics. As a spokesperson for Mecca said at the time, the notion that ‘average people’ could take part in the Olympics would make it more appealing. They said, “You don’t have to train for months and months. There is definitely an interest; the next step is a bingo federation.” Lesley Clifford, the Head of Communications at Mecca at the time, added the following:

Successful bingo playing requires a steady hand, intense concentration and mental agility. I’m sure many bingo fans will all be crossing everything that this campaign is a full house success and that we hear cries of ‘eyes down’ when the Olympics lands in Tokyo in 2020. 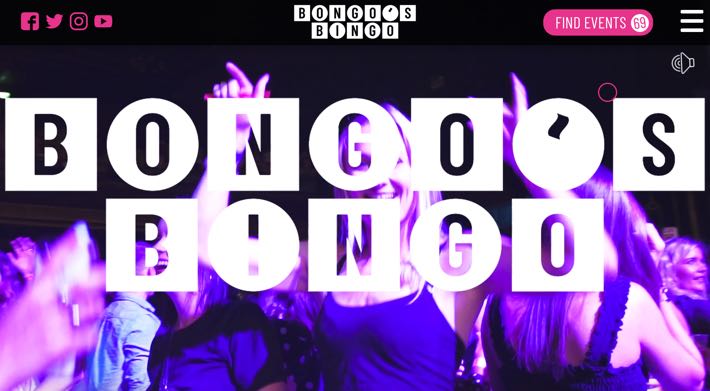 Let us be honest with ourselves: the idea that bingo might become an Olympic sport at any time is laughable and only became a topic of conversation after Mecca Bingo decided to try to use it as some sort of advertising campaign. Even so, there is no doubt that bingo has become more popular in recent years. In 2014, the British government said that bingo clubs would get a tax cut in an attempt to revitalise the industry. Quite how influential that was to what’s happened since isn’t clear, but youth-focussed bingo nights have become incredibly popular.

The likes of Bongo’s Bingo have made the activity into something more akin to a club night than a boring, stuffy thing to do. The immersive bingo rave experience, as it is sometimes referred, began in Liverpool in 2015 and became such a success that it was able to host two nights at an Exhibition Centre in the city in 2022. Combining a disco atmosphere with music and random prizes, such nights are less about the bingo and more about the fun. Regardless, the have proven to be massively popular with young people around the country.

The fact that young people seem to care about bingo more than they did more than a decade ago certainly makes it a more interesting proposition than it has ever been before. That being said, the chance of it ever being added to the Olympic roster is zero. It is an activity based entirely around luck and boasting no physical requirements whatsoever, so it barely qualifies as a sport. There are also no other sports in the Olympics that bingo can be compared to that would allow anyone sensible to suggest that there is an argument to include it.

If a situation ever develops whereby something’s popularity is enough to gain it Olympic recognition, bingo would be up there. According to some, bingo is more popular than tennis, for example. Around 1.7 million people regularly pick up a tennis racket, whereas 1.9 million take part in bingo. The fact that bingo is an ever-growing activity also helps add credence to the argument, though there is a suggestion that this is more because many people prefer to remain indoors than go outside where possible.

Even so, as things currently stand neither the revitalisation of bingo nor its appeal to younger people are enough to encourage those involved in deciding upon sports to be added to the Olympic Games to change their mind about the issue. Instead, it will likely continue to be used as a story to gain attention and possible new bingo players. With its ever-increasing popularity online, more and more people will try it out and decide that it is fun, but it isn’t a sport and will never be considered as such.

Other Sports That Applied for Inclusion 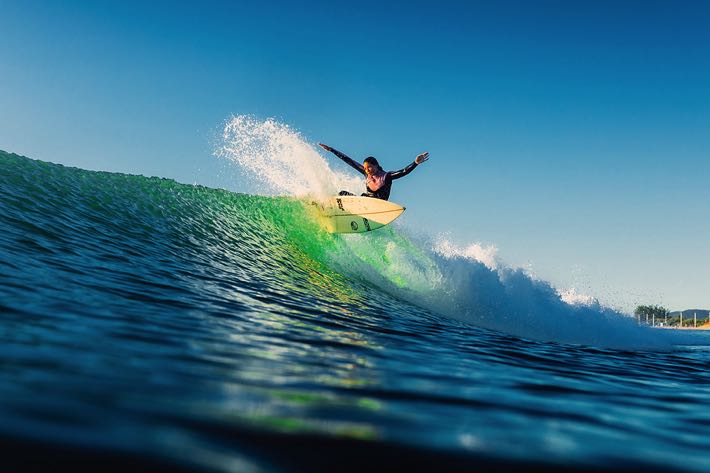 Surfing was added to the 2020 Olympics (Beauty Nature / Bigstockphoto.com)

As the 2020 Olympics came closer, as many as 26 sports applied to be included in the Olympic roster. They were as follows:

Interestingly, the sports that were actually added in time for the 2020 Tokyo Olympics in 2021 were karate, skateboarding, sport climbing, BMX freestyle and surfing. All of them seem much more specific and active than bingo, so it isn’t all that surprising that they were seen as being more worthy of a sport on the Olympic roster than a game of complete fortune. In the eyes of many, asking for bingo to be added was akin to asking for coin tossing to be added to the Olympics, such is the extent to which competitors can have no influence on the outcome.