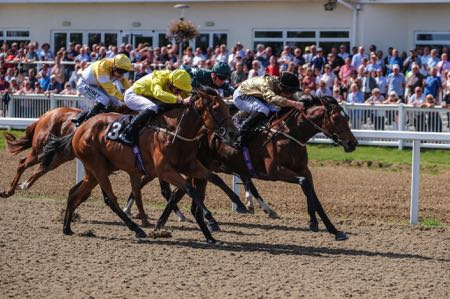 Photo thanks to Chelmsford City Racecourse

Horse racing is an expensive and complicated sport. Most punters will rarely, if ever, think about the cost of hosting events, with the owners of racecourses needing to spend on the likes of stewards, bar staff and chefs before they even think about any prize money or other inducements to persuade owners and trainers to send their horses to the track for the events. Add in the cost of the land and the need to pay for the upkeep of it, in addition to things, such as stables and so on and you’ve soon racked up a pretty expensive bill.

As a result, not everyone who launches a racecourse has the ability to keep it going, which is why it is not uncommon for big organisations, such as the Arena Racing Company, to own most of the courses in the United Kingdom. Sometimes, though, there is a new course that is launched with good intentions, only for it to struggle to stay open. That is what happened with Great Leighs Racecourses, which opened in 2008 but shut just months later, before Fred Done of Betfred fame bought it and saved it from closing its doors forever. 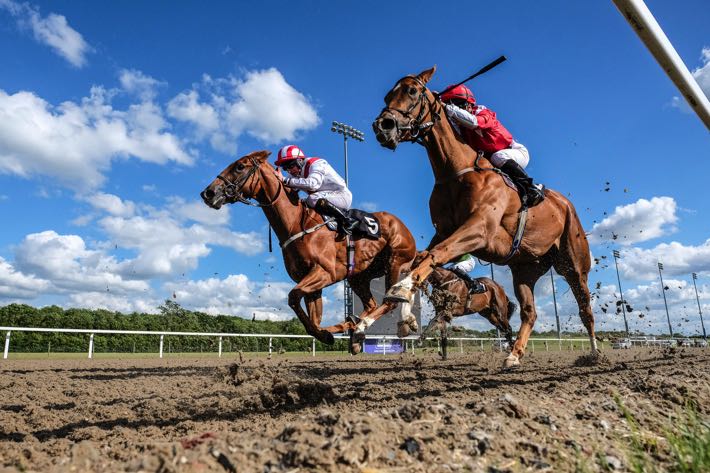 Photo thanks to Chelmsford City Racecourse

At the start of the 2000s, entrepreneur, John Holmes, and his son, Jonathan, believed that there was a market that could be exploited in Essex. At the time, the United Kingdom boasted one racecourse per roughly one million people, yet Essex, which had a population of about 1.6 million, didn’t have a racecourse of its own. Similarly, there was no racecourse in East London, which had previously been part of Essex, nor in the nearby county of Hertfordshire. There was, they believed, an opportunity to create a course to serve all of these areas.

In 2000, the Holmes’ bought Essex County Showground, which had been used for international showjumping in the years before. The aim was to completely redevelop the ground in order to turn it into a state-of-the-art racecourse, which was to be purpose-built for the demands of modern day racing. Planning consents were gained, with the plan being that the track would be oval in shape and designed to be friendly for television coverage. A 5,000-seat grandstand and a members’ terrace at the finish line were also going to be built.

One of the course’s key features was to be a training facilities on-site, which had room to accommodate up to 120 horses. The British Horseracing Board was told of the plans and that the course intended to keep hold of its own media rights. The hope was that the pre-existing equestrian activities, which included international showjumping, would continue and co-exist with the racecourse in much the same way as equestrian activities and racing tends to co-exist without any real issue on mainland Europe.

With planning permission obtained, the building of the racecourse got underway and the plan was for it to open in October of 2006. In the end, delays to certain aspects of the building work meant that the opening date had to be pushed back on several occasions, with an announcement made on the 20th of March 2008 that there would be a test date on the 4th of April that year before the official opening took place on the 20th of April. The 20th of April saw racing take place in front of an invited audience and the opening race was won by Temple of Thebes.

In spite of the relative success of the soft opening, a race meeting in front of a paying public didn’t take place until the 28th of May. The good news for those responsible for the venue was that the venue was given praise for some aspects of its racing facilities. The bad news, however, was that its visitor facilities were incomplete, which resulted in plenty of criticism for the first new racecourse to open in the United Kingdom since Taunton had opened in 1927. The attendances at the course failed to live up to the expectations of those involved. 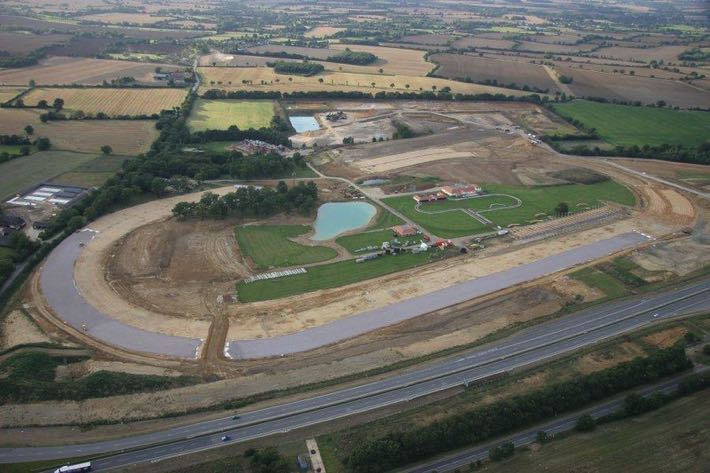 Having opened just months before, the £30 million racecourse had its racing licence revoked by the British Horseracing Authority, having been operating on a temporary licence before then. The Essex County Showground Group had applied for an extension to the temporary licence in order to cover two fixtures at the start of 2009, but the BHA rejected it, causing the cancellation of fixtures. The track was put under a ‘restructuring process’, but eventually it was placed into administration with Deloitte taking on the role of administrators.

By March of 2009, the administrators had confirmed that two parties had been making bids to buy the course but had both failed to provide evidence that they had sufficient financial backing to take the course on. Instead, Deloitte entered into negotiations with the main creditor, which was the Royal Bank of Scotland. The hope was that the bank would take ownership of the course before contracting out the actual day-to-day running of it and the management of its operations, with established racecourse operators being sought.

Eventually, a deal was made with a local businessman named Terry Chambers, who planned to lease the course for 18 months. Chambers, however, failed to gain a racing licence and so the course wasn’t able to bid for fixtures in 2010. It was announced in September of 2009 that Chambers and Bill Gredley had struck a deal to buy the racecourse, hoping to resume racing there in 2011, but that deal also fell through. The administrators confirmed in June of 2010 that they had given up hope of being able to sell the business as a going concern.

Having all but accepted that Great Leighs would need to be used for something other than racing, Andrew Tinkler, the Chief Executive of Eddie Stobart Limited, came in with a plan to re-open the track and host racing on it. Months later and a sale of Great Leighs finally took place, with MC Racetracks purchasing it in November of 2011. Problematically, however, the British Horseracing Authority rejected their application to host racing at the venue in 2013, encouraging the new owners to instead apply to be part of the 2014 fixture list. 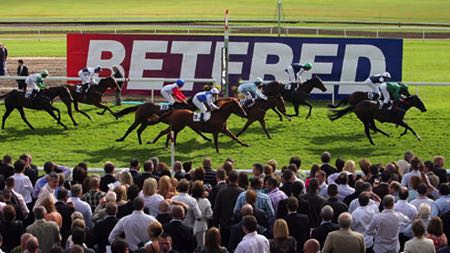 In January of 2013, MC Racetracks confirmed that it would make a bid to host racing at Great Leighs in 2014. The organisation’s hope was that they would be able to host somewhere between 35 and 45 races per year, with the belief being that the BHA wouldn’t want racing to fail at the track. Chairman of the venue, Keith Brown, summed up the problems with getting racing back there, saying,

It’s more challenging than with an existing racecourse. The hoops we have to go through are much narrower and higher than a standard racecourse has to go through these days.

In a statement released in June of 2013, the British Horseracing Authority said that it had rejected the application for racing to return to the all-weather circuit for reasons that were ‘private between BHA and MC Racetracks Limited’. With Hereford and Folkestone both having closed for financial reasons in the year previous, it meant that there were 58 active courses in the UK in the wake of the BHA’s rejection of the application, thanks to Ffos Las in Camarthenshire having becoming Britain’s newest track when it opened in 2009.

It meant that Great Leighs remained in a state of flux, but late in 2013 reports began to emerge that a syndicate was being headed up by Fred Done of Betfred to buy the track. The belief was that Done planned to rebrand Great Leighs as Chelmsford City Racecourse and get it on the BHA’s approved list in order to host race meetings in 2015. The British Horseracing Authority, meanwhile, said that an application could be made, but that there was no guarantee that there was going to be an expansion of all-weather meetings.

Fred Done worked with SIS and Bet Solutions International in order to buy the course, going through with their plan to re-brand it as Chelmsford City Racecourse. As a sign of things coming virtually full circle, the news of Done’s official takeover of the course came just a week or so after the man who started it all off, John Holmes, had been arrested alongside his partner Jill Turner and a third person over allegations of being involved in a £2.4 million Value Added Tax fraud. Obviously that didn’t help suggestions that they’d run the course poorly when it first opened.

On the 11th of January 2015, the course re-opened with its new name after the BHA had confirmed in July the previous year that it would be given 12 fixtures in 2015. When the 2015 fixture list was actually released, Chelmsford City Racecourse had been given 58 meetings, the first of which saw an invited crowd of 800 people in attendance. The full public re-opening took place 11 days later, with the first race being won by a short head by a horse named Tryster. The year ended with the course having racing broadcast from the course on Channel 4 Racing for the first time.

Having been saved from the brink of ruin by Fred Done and the consortium with which he was involved, Chelmsford City Racecourse went from strength to strength. Done had invested £18 million in getting the course back up and running, but there was still a fear from many that it would never be able to rid itself of the tagline of being a failed venture. In the end, however, it was well-received by owners and trainers, leading to a decision being taken to look to improve the venue in numerous different ways, including opening a new track.

Given the fact that Newmarket, often considered to be the home of racing, is just 50 minutes away from Chelmsford City Racecourse, the venue needed something to help set it apart from other tracks. The first thing that they wanted to do was to open a turf track that would be used alongside the all-weather one, which had always been part of the plan but was resurrected as an idea in 2018. It was hoped that it would put the venue alongside Lingfield, in the sense that it would be able to host more than just flat racing on the all-weather surface.

The other plan was to open a casino on the site, making it a gambling Mecca for the people of Essex and the surrounding area. The application, which was made alongside one to host up to ten concerts a year, gained approval and the idea was that a 3,000 square foot casino floor would be part of a new five-floor grandstand. At the time of writing, neither the new turf track nor the casino have opened at Chelmsford City Racecourse, but it is fair to say that Done’s work in revitalising what nearly became a white elephant in Essex did what it needed to do.