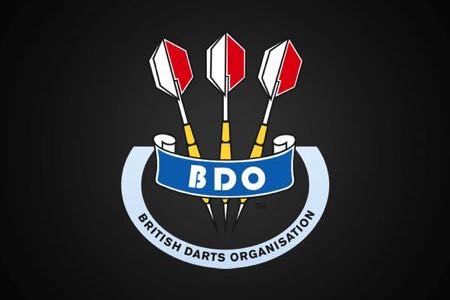 It is fair to say that darts as a sport has a complicated history. There is certainly a feeling for many that darts has links back to archery, largely thanks to the concentric target that older darts boards boast and that are similar to the targets used in archery practice. Until the start of the 20th century, darts was played in numerous different parts of England, but there was little-to-no organisation of it as a competitive sport that we would understand today. It wasn’t until Jim Garside challenged darts’ legality in 1908 that is was even considered a sport by many.

Once it started to be taken more seriously, bodies were formed to rule over it, including the formation of the National Darts Association in 1925. Between 1954 and the 1970s, the National Darts Association of Great Britain controlled the sport, but things began to change when Olly Croft formed the British Darts Organisation in 1973. Despite a fracture in the sport that came later, the BDO remained one of darts’ main organisations up until financial issues led to it going into liquidation in 2020, ending its association with the sport that it helped to shape. 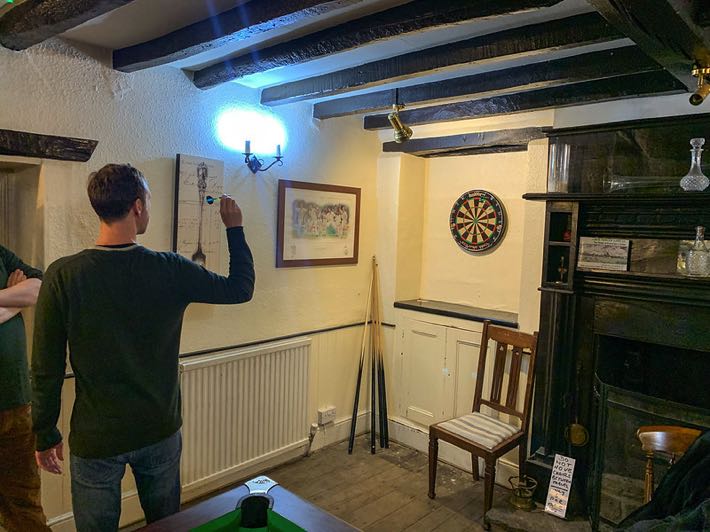 By 1925, darts had become popular enough to mean that it had begun to be played in pubs up and down the country. There was a sense that a form of control needed to be put on it, in order to ensure that the rules were agreed upon and everyone was playing the same game. This led to the formation of the National Darts Association, which set the rules in place for what was to come. Though it didn’t survive the Second World War, the rules and regulations that it had established were used for the News of the World darts competition.

Pubs and clubs around the United Kingdom used the ‘News of the World Rules’, whilst any new organisations that were formed in the wake of the war mostly left those NDA rules unchanged. In September of 1954, the National Darts Association of Great Britain was formed by London-based darts organisers on a ‘pyramidal basis’, which put an executive council at the top. The NDAGB organised a competition for The People’s darts team and signed a sponsorship deal for it with Guinness, ensuring that it was taken seriously as a sport.

Whilst the NDAGB was in charge of the sport, it remained relatively low-profile. It was of little interest to journalists, with the exception of The People’s team competition and the championship organised by the News of the World. The latter tournament did lead to some darts players becoming relatively well-known, but the sport was out-growing what the National Darts Association of Great Britain wanted it to be. As a result, another organisation was needed to help push the sport of darts onto the next level.

The Formation of the BDO

By the start of the 1970s, darts as a sport was being taken much more seriously around the United Kingdom. There were counties around the UK that were all playing in their own darts leagues, so Olly Croft thought that it would be a good idea to bring them all together into one umbrella organisation. It was that on the seventh of January 1973, he formed the British Darts Organisation. Its formation caught the NDAGB somewhat by surprise, but it had been complacent for some time and the need for change was clear.

The NDAGB slowly fell apart as people turned to the BDO as its natural replacement. In the years that followed its formation, it managed to attract sponsors, bring in television viewers and turned darts into a genuine sport on the international stage. By the end of the 1970s, it was estimated that as many as two million people played darts competitively several times a week, with another five million on top of that playing the game at least once a year. That was largely thanks to the world of Olly Croft and the British Darts Organisation. 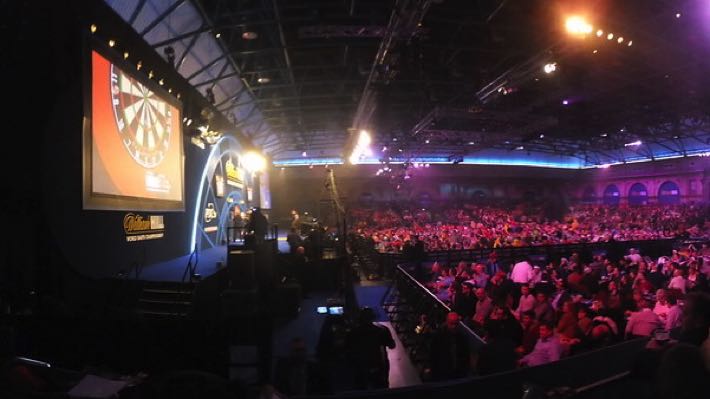 At the start of 1979, the BBC saw eight million people tune in to its channel in order to watch John Lowe win the Embassy World Professional Darts Championship at the Jollees Club in Stoke-On-Trent. He needed to defeat the previous year’s champion in order to do so and managed it in spectacular style, beating Welshman Leighton Rees 5-0. It was the start of darts becoming a sport that people all around the United Kingdom wanted to watch, making many of those that took part in the sport household names.

Three years earlier, Croft had helped to form the World Darts Federation, bringing together darts players from all around the world. Fourteen nations were part of the WDF in the initial stages, creeping up to 49 by the end of the decade. Suddenly, the sport took on an international flavour when it was broadcast on television, though the first ever broadcast of the sport had happened in 1937. ITV broadcast the News Of The World Individual Darts Championship in 1972, but it was in the 1980s that the sport really started to take off.

The likes of Alan Evans, Eric Bristow, Jocky Wilson and Leighton Rees had become well-known for their darts playing, with both ITV and the BBC showing the big darts tournaments. Slowly, however, the sport began to lose its lustre, largely thanks to the fact that its image wasn’t all that professional. The fact that the game had begun in British pubs meant that players tended to drink and smoke onstage during their matches, which meant that it suffered from an image problem as the 1980s progressed and it reached the height of its popularity.

There were more darts tournaments televised in 1983 than in any previous year, which led many to think that the only way was up for the sport. In the years that followed, however, it began to lose more and more sponsors and most of the biggest tournaments stopped being televised. When ITV chose to cancel its World of Sport show in September 1985, it suddenly seemed as though things weren’t quite right in the world of darts. ITV did keep showing individual darts tournaments, but in the summer of 1988, the BBC announced that it was dropping virtually all of its darts coverage.

ITV soon followed suit, meaning that only the World Championship was to be shown on television from 1989 onwards. The BDO tried to get things back on track by banning drinking and smoking onstage from 1989 onwards, but sponsors still weren’t keen on getting involved with the sport. Behind the scenes, meanwhile, there had been growing unrest with the players, who felt as though they weren’t being properly recompensed for their work and their talent. One of the main instigators of the unrest was also one of the best players, John Lowe. 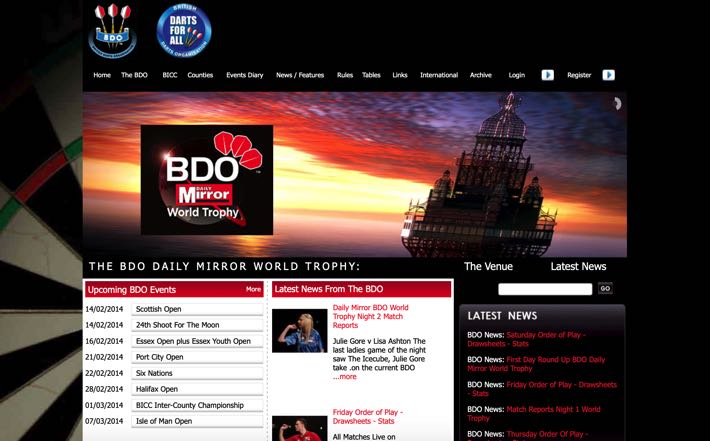 Even during darts’ boom years, players were unhappy at the fact that they didn’t get paid when they played the sport representing their countries, as well as when they played in tournaments because they were banned from wearing shirts adorned with the names of their sponsors. On top of that, there was a general feeling of discontentment on account of the fact that the players had no real say in the way that darts was going. When Lowe played in tournaments, for example, he wasn’t allowed to wear a shirt with his sponsor, Unicorn, on it, instead needing to wear one with their rivals, Winmau, for free.

With many of the players having become professional when the sport was at its zenith, they suddenly found themselves in a situation where their income had taken a massive hit. A lack of exposure coming from no more televised coverage meant that it was difficult for them to obtain sponsors, so in August of 1988, a pressure group by the name of the Darts Council was formed to put pressure on the BDO. Despite constant communication with the organisation behind the sport, nothing changed. Something had to be done and it wasn’t good news for the British Darts Organisation.

The World Darts Council Is Formed

In January of 1992, 16 of the top darts players, including every world champion still playing in the sport, decided to move away from the BDO in order to join the World Darts Council. They all took part in the Embassy World Championship in 1993 wearing the new insignia of their organisation, only for the British Darts Organisation to tell them that that wasn’t allowed. They decided that if they weren’t going to be recognised by the BDO then they would go their own way. A few weeks later, all members of the WDC were banned from British Darts Organisation tournaments taking place in the UK.

The bad news for the BDO was that Sky Sports, which had been created in 1992 alongside Premier League football, was now a viable option to broadcast darts tournaments. A year after its foundations, Sky Sports signed a deal with the WDC to broadcast the World Matchplay tournament, which was their equivalent to the World Championship. Suddenly, players that wanted to be able to make money from the sport were being given a genuine, viable alternative to the British Darts Organisation. 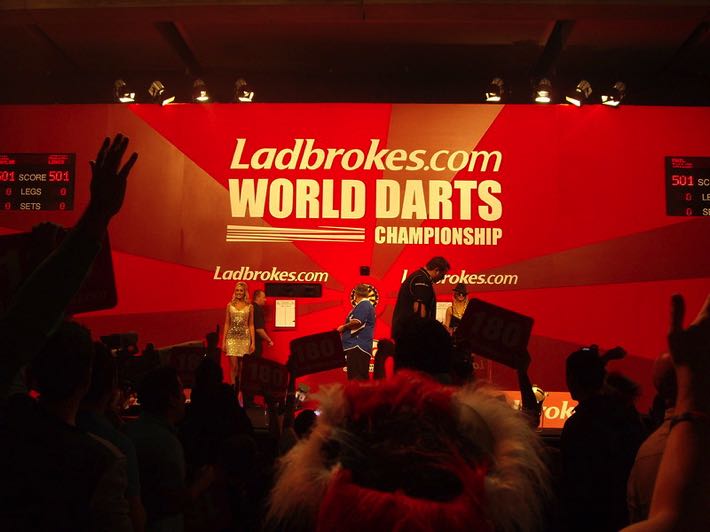 The WDC became the Professional Darts Corporation, indicating the extent to which the new body was about acting in a professional manner. As it became clear that the new body was going to receive increased television coverage thanks to Sky Sports, more and more players began to defect over. It was the beginning of the end for the British Darts Organisation, though it was more like a slow bleed to death than a painless ending. A commentator said that the BDO was ‘mostly an unwilling feeder to the PDC: most of its biggest stars… jump ship given the chance’.

In 2016, the BBC decided that it would no longer cover the World Championships. The BBC had been one of the biggest supporters of the BDO, so this was akin to a body blow to the organisation. That the network had instead chosen to focus its energy on broadcasting a new PDC tournament called the Champions League of Darts only served to add insult to injury. The 2019 World Masters faced all sorts of problems and it became relatively clear that the BDO didn’t have long left before it was all over.

Just five days before the start of the 2020 World Championship, the Chairman of the British Darts Organisation, Des Jacklin, said that the prize money for the tournament would be ‘reduced somewhat’. There was little clarity about what that actually meant, but the fact that there was no sponsor for the tournament and that only about 15% of tickets had been sold meant that things weren’t looking good. The eventual champion, Wayne Warren, received £23,000, which was 77% down on the prize money paid out the previous year.

It is fair to say that the writing was on the wall for the BDO. In the wake of the World Championship fiasco, more and more counties switched from the BICC system that was controlled by the British Darts Organisation to the United Kingdom Darts Association. Soon, all of the counties had made the switch, effectively ending the rule of the BDO after more than 47 years. This came on the back of the organisation’s commercial arm going bankrupt, meaning that there was nothing left for the BDO but to unpick its flights and call it a day.