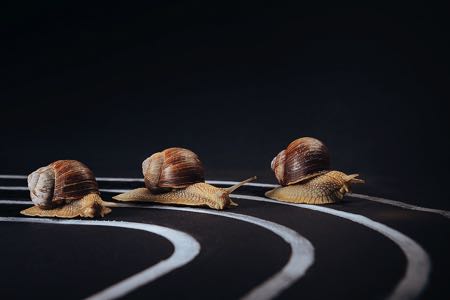 Numbered 226 in the Perry Index of Aesop’s Fables, most people know the story of the tortoise and the hare from a young age. In essence, it tells us that speed isn’t always the most important thing and that slow and steady can sometimes win the race. Whilst we don’t know for certain, it is unlikely that snails can understand fables, but if they could then those that take part in the World Championship of snail racing each year would doubtless smile at the idea that going slowly but steadily on your journey can be a winning strategy.

Snail racing will never be a form of competition that adrenaline junkies enjoy, but for everyone else the idea of watching land-bred snails going up against one another is a form of entertainment that certainly has a comedic edge to it. There is something about getting excited and vocal in cheering on a slow-moving creature as it gently ambles towards the finish-line of a course that is quite amusing, which is why we’ve decided to add snail racing to the list of other bizarre animals that you can watch race. You can read about the others elsewhere on the site.

Dubbed ‘the slowest racing in the world’, snail racing sees common garden snails, otherwise known as Cornu aspersum, ‘racing’ against one another in order to be crowned the champion. It involves two or more air-breathing snails that have grown up on the land, with Cornu aspersum being the species that is native to Europe. They can be found in other countries around the world, having been introduced to them accidentally at one point or another over the years. Typically speaking, the track that they race on is circular in nature.

Perhaps unsurprisingly, given the country’s love of things that are a bit weird, snail racing is most commonly found in the United Kingdom. The snails taking part in the races start in the middle of a track, commonly a damp cloth on top of a table, which has a circular perimeter with a radius of about 13 or 14 inches. The snails either have numbers painted onto their shells or else numbered stickers placed on them in order to distinguish them from one another. Once the race is started, the snails are watched to see which of them will cross the finish line first, earning the crown.

As with any sport that people take part in, however you define the word, there is often a desire to discover the best of the best. When it comes to snail racing, that information is discovered courtesy of the World Snail Racing Championship. It began life in the Norfolk village of Congham back in the 1960s. That was when the race’s founded, Tom Elwes, returned from France having seen snail racing take place whilst he was over there. He immediately decide to introduce to his home town, with the locals embracing the madness of it.

In the years that followed, the snail racing championship grew in popularity in 1995 history was made when a snail called Archie crossed the finish line in two minutes, setting the benchmark for future snails. There have been some notable moments over the years, such as in 2007 when the event needed to be cancelled thanks to heavy rain causing the course to be waterlogged. That should have been the first race after the death of Elwes, who had passed away just days before, but instead it didn’t take place until the following year.

That race that took place in 2008 was won by Heikki Kovalainen, a snail named after a Formula One driver. It completed the course in three minutes and two seconds, so was unlikely to be given a speeding ticket at any point. Two years later and a snail named Sidney finished in three minutes and 41 seconds, which was even longer yet. It does feel as though it should be the longest time that wins when racing snails, but that isn’t how Elwes decided it was going to be after his experience in France and snail racing has followed his rules ever since.

Congham: Home of the Championship

Though it started as a small thing in Congham, that isn’t how it is anymore. More than 200 snails take part in the World Snail Racing Championship every year, proving its popularity. The organiser of the event in 2019, Hilary Scase, explained why it is that Congham is such a good place for the competition. She said, “Snails like damp conditions and as Congham is surrounded by ponds and is very low lying it is just right for snails. Congham is to snail racing what Newmarket is to horse racing.”

Winner Slides Away with a Silver Tankard

Heats take place throughout the day, giving people a chance to see which snails are best placed to do well in the final. After that, the Grand Final takes place at the end of the afternoon and the winner is awarded a silver tankard that has been stuffed full of lettuce leaves. The event takes place as part of the Congham Fete, which is done in order to raise money for the upkeep of the 13th century St Andrew’s Church, which is in the village. At the time of writing, the World Snail Racing Championship is free to attend as a spectator, but visitors are asked to bring money to donate to the fundraising efforts.

Everyone Is Free to Join or Enter a Snail

If you’d like to take part in the World Snail Racing Championship then you just need to turn up on the day, with or without a snail. If you don’t have a snail of your own then you can select one from the organisers to use as your own. In 2019, which was the last time that the event took place before world events stopped most sports from happened, the price to enter the race was 20p. All of the money raised from entrants was paid towards the fund to help repair and sustain St Andrew’s Church, with the competition typically taking place in July each year.

In 2019, the race was won by a snail named Sammy, who finished the 13-inch course in two minutes and 38 seconds, having defeated the field of 215 snails that entered at the start of the day. Sammy’s owner, a lady called Maria Welby from the Lincolnshire village of Grantham, summed up why it is that so many people choose to take part in the event. She said, “I am ecstatic. I went out this morning, an ordinary woman and now I’m the owner of a world champion.” According to organisers, the racing was the best it had been for years.

Whilst the World Snail Racing Championship has been taking place since the 1960s and is seen by most as being the official snail racing event, the first official, competitive snail race took place in London in 1999. The Guinness Gastropod Championship, sponsored by the alcoholic drink synonymous with Ireland, was commentated on by John McCririck, who was better known as being a horse racing commentator. He got proceedings underway by saying, “Ready, Steady, Slow!”, which has since been used commonly to start a snail race.

‘Good Things Come to Those Who Wait’

A year later, Guinness used snail racing in one of its adverts, called Bet On Black. It was part of their campaign with the slogan ‘Good things come to those who wait’, which indicates that it takes term to make the perfect Guinness. It was so successful that the advert won an award at the Cannes Lions International Advertising Festival, later being parodied by Guinness themselves when the company chose to launch a campaign for the Extra Cold Guinness, with the snail shivering in the cold before sneezing and going backwards.

Only 2 Out of 10 Competitors Even Cross the Line

The inaugural Guinness Gastropod Championship saw a rank outsider win, with 100/1 Shuey sneaking past 33/1 Gazza for the victory. They were the only two snails out of ten competitors that managed to get across the finish line. McCririck said it was the most exciting race that he’d commentated on, saying, “The bookies will be celebrating in the City tonight. Who’d have thought that two rank outsiders would go antennae to antennae in this race? Of course it’s always difficult to study the form with snails because they hide inside their shells”.

Neil Riseborough, a Flitcham farmer who had been training 40 snails in the build-up to the race, was excited before it began and said that he had moved his snails from iceberg lettuce to ‘British grown Lollo rosso’ as it had higher protein and might therefore offer his competitors some ‘extra zip’. In the end, however, Riseborough was disappointed, given his fastest snail came in at six minutes and 26 seconds. The President of the British Snail Racing Association, Riseborough had been involved in the sport for a decade by the time the first official race came around.

Even the National Trust Gets Behind It 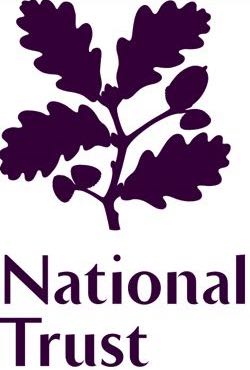 The National Trust is widely considered to be on the finest British traditions, with the charity and membership organisation having been formed in 1895, aiming to ‘promote the permanent preservation for the benefit of the Nation of lands and tenements (including buildings) of beauty or historic interest’. It has had statutory powers since 1907 thanks to the National Trust Act and is one of the largest landowners in the United Kingdom. When the National Trust says something, therefore, there are plenty of people who will listen.

With that in mind, it was a real boon to the world of snail racing when the National Trust included the act of racing snails in its list of the ‘50 things to do before you’re 11¾’. They broke the activity down into several sections that people need to do in order to enjoy the act of snail racing, starting with finding your snails in your garden, a park or other green space. It even tells you how to look after them properly, including not racing them in broad sunlight but instead keeping them shaded and wetting the track that they’ll race on.

Is It One of the Fairest Sports Around? 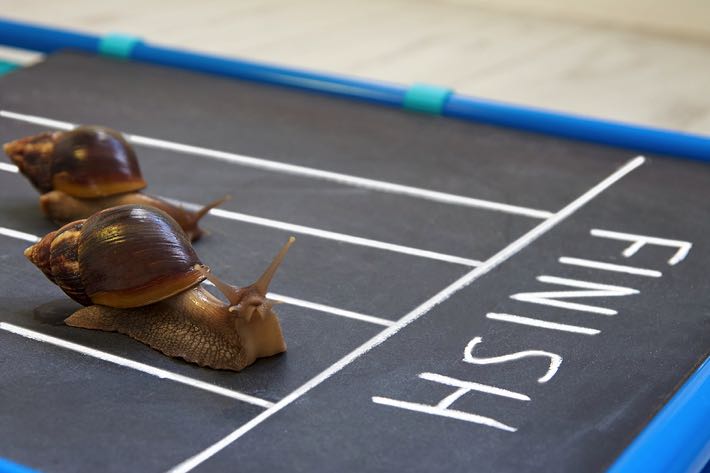 Like it or not, when there is a prize involved then people tend to get a bit too involved in things and cheating isn’t usually far away. Neil Riseborough, who was promoted to Snail Master in 2001, two years after the event in London, said of snail racing, “We’re a clean sport, unlike sprinting worldwide. There are people who will try and bend the rules—but we scrutinise.” That scrutiny includes ensuring that the likes of giant African land snails are excluded from the competition because they are too big compared to European garden snails.

For Riseborough, it is the simplicity of snail racing that is part of the appeal. Every year he heads out into his garden, selects six or seven snails and then puts them on a wet handkerchief in the middle of his kitchen table. Whichever ones are the quickest will then be trained up, helping them to develop their ‘foot’, which is used to create a wavelike motion in order to propel them forwards. He tends to train them on vertical French windows, given that the upwards motion is tougher than going straight on land and should therefore prepare them well for the rigours of the Championship.