The idea of winning the lottery seems like a dream to most people. The very possibility of hundreds of thousands, or even millions, of pounds being paid into your bank account seems too good to be true. That is because, statistically at least, it actually is too good to be true. Given the fact that the chances of winning the Lotto jackpot are 1 in 45,057,474 and the likelihood of seeing the jackpot come in for EuroMillions is 1 in 139,838,160, it is little wonder that a lot of people decide the best way forward is to combine resources.

It is for this reason that signing up to a syndicate is quite a popular thing to do. We have written about the practice in more detail elsewhere on the site, but the main takeaway is that you’d be well-placed to ensure that a Syndicate Agreement is in place and signed by all members in order to ensure that everyone knows where they stand. Sometimes, lottery syndicates don’t turn out as expected and arguments ensue, with at least one party feeling aggrieved about what happened. This is a look at those stories. 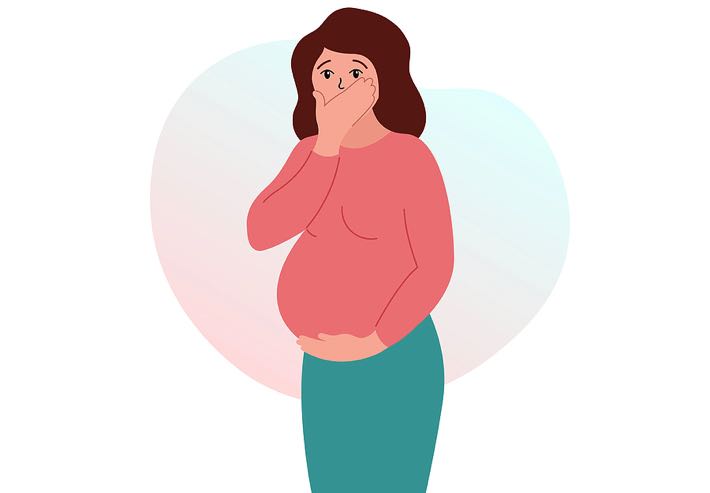 Winning the lottery is far from inevitable. One thing that most expectant mothers will tell you, however, is that throwing up in the morning when you’re pregnant happens more often than not. So it is that Louisa Whitby departed work at A4e, a recruitment firm in Kirkby on Merseyside, because of her morning sickness. Miss Whitby was four months pregnant at the time, but missed making her payment for the syndicate because she happened to have left work on ‘pay day’ for the lottery syndicate, meaning she missed out when her ten workmates won £28 million on the EuroMillions.

Although she offered to make her payment when she returned to work and before the draw had taken place, according to her solicitor, they refused. The ten workers chose not to take a payout of £2.5 million rather than the £2.8 million they each thought they’d be getting, which would have allowed Whitby to be involved in the payout. In the wake of the win, the staff all quit the firm and left the recruitment company needing to use its own services to replace them. Whitby, meanwhile, said that she didn’t think she could ‘face working there ever again’.

The DVLA Workers That Got into a Row

It is not uncommon for workers in the same office to agree to club together in order to play the lottery. That is what happened at the Driver and Vehicle Licensing Agency in Swansea, where 16 of the workers were part of a syndicate that won £1 million. The problem was that an argument broke out after the win was realised, with claims being made that three members of the syndicate had not paid their stake. The storyline was similar to the one that Kay Mellor wrote for the BBC drama The Syndicate.

A worker at the office said:

There is an office syndicate who group together and buy tickets – no one could believe it when they won. The win has gone a bit sour though as there are three people who the others say haven’t paid for their tickets. It’s all a bit awkward and there’s a bad atmosphere – it’s terrible how people can turn so nasty when a bit of money is involved.

Because they didn’t sign a Syndicate Agreement, the workers were unsure about what to do, given that they stood to gain an additional £14,423 if they excluded the non-payers. It was a story that highlighted the importance of signing a Syndicate Agreement. When players are part of a syndicate, one person agrees to manage it and they buy the ticket, either in person or online.

They are then paid the money by Camelot, with the Agreement seen as proof for Her Majesty’s Revenue and Customs that the money is not being gifted around. By not signing one, it was entirely at the discretion of the winner regarding who they would pay the money to. It is believed that both the Department for Transport and Camelot has to get involved in the dispute.

The Nursery Nurse Whose Friends Turned Against Her 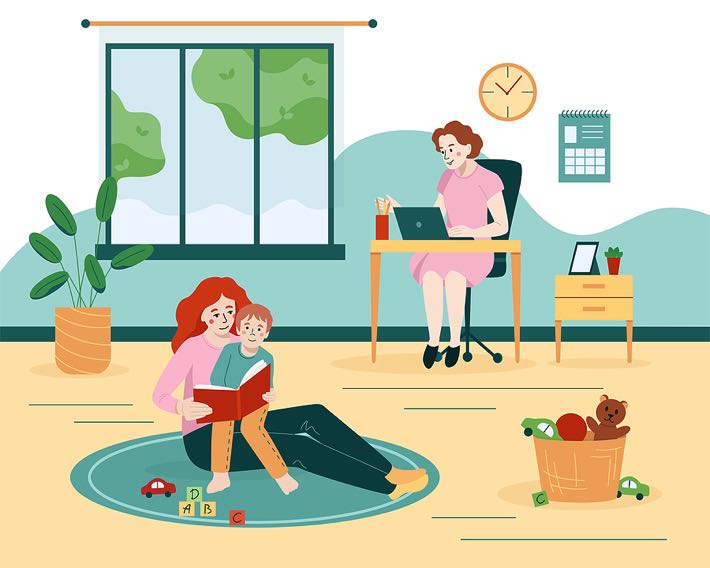 Michelle Neale was a nursery nurse at Thackley First School in the West Yorkshire village of Wibsey, taking part in the work syndicate with 27 other staff members. She was listening to the radio when she heard that the syndicate had won a jackpot of £3.9 million, but after a couple of phone calls to work colleagues she realised that she wouldn’t be getting any of it. Claiming that Neale was behind on her payments, the rest for the group decided that she was no longer part of the syndicate, with a debate then raging about how behind in payments she was.

When she realised that she was going to be missing out on the money, Neale decided to take the syndicate to court for her share of the winnings, which would have been £141,706. It took two years for the case to make its way through the system and was two weeks away from being heard at the High Court before she decided to drop her claim. In exchange for doing so, the teachers agreed not to pursue her in order to recover their legal costs, nor to bring a civil claim against her for defamation, with the feeling being that she’d brought the case in an attempt to shame them into giving her the money.

It’s Not Just British People That Fall Out Over Money

So far, the stories that we’ve told are all about people based in the United Kingdom, but it isn’t just the Brits that have issues when it comes to playing nice after a lottery win. When you consider the size of some of the payouts in the United States of America, for example, you’d think that there would be no need to argue. The sad truth is, though, that when it comes to money, everyone always wants more.

The Aussie Baron That Tried to Run off with the Winnings 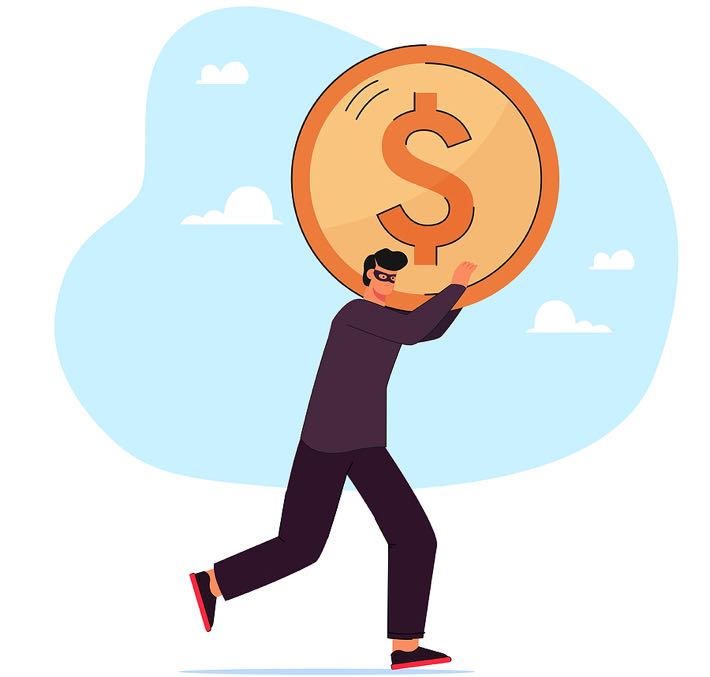 Sometimes, the story around syndicates falling out over the lottery winnings is because someone has failed to pay or one of the people involved annoyed everyone else. In the case of Gary Baron, however, it was more his own greed that caused the issue. When his syndicate won the equivalent of about £9 million, Baron, then aged 49, called in sick to work and went out to buy a BMW and a new house, leaving the other 14 members of the syndicate in the lurch. The other members of the group were expecting to receive a little over AU$1 million each.

The winning ticket was for a AU$50 million jackpot, with two other winners resulting in each ticket receiving about AU$16.6 million. Unsurprisingly, the case went to court where it was revealed that Baron’s job was to collect the AU$20 from each of the syndicate members and buy tickets. There was reportedly an agreement that would see everyone receive an equal share of any winnings, though it was likely that they’d receive less than the AU$1 million-plus that they were expecting due to court costs, so an out-of-court agreement was reached.

The Kids That Fought Over the Payout

Like something from an Alanis Morissette song, Lajos Szanto won AU$1,818,181.82 on the Australian lottery but then died the next day. He left four children behind, who couldn’t agree how the winnings should be split. Living in a granny flat underneath the house of daughter, Christina Aston, in Townsville, Queensland, the terms of his will were unclear about what should happen to his fortune. The will said that his ‘furniture and chattels’ should go to Christina, whilst the rest of his estate should be split between the others equally.

Though a judge decided that ‘furniture and chattels’ did not include a lottery ticket, meaning that the lottery win would be split equally between her siblings, that didn’t stop the fighting. There was a case brought by his son, Stephen, that the lottery ticket had been bought with the intention of sharing it with him. Those of a superstitious mindset might well point to the fact that the original win took place on the 13th of February as proof that it was always destined to be trouble, even though such stuff is complete and utter nonsense.

The Golfers That Chose Not to Make It All-Square 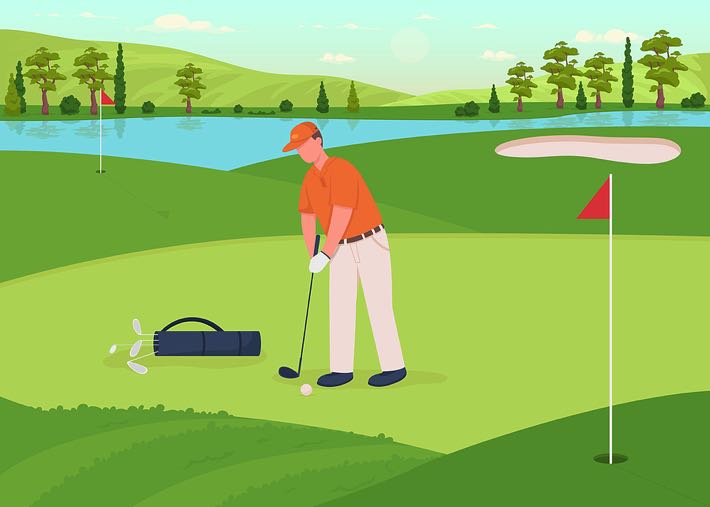 Jeanette French had taken part in the lottery syndicate at the Villages’ Hacienda Hills Country Club in the US state of Florida for nine years, putting in a dollar alongside everyone else each week in order to buy tickets. According to her lawyer, when group members weren’t there to put a dollar in, someone else would do so on their behalf. French was informed by a colleague, according to her version of events, that he would cover her dollar for that week’s draw when she absent on the day the payment was made.

When she returned to work, she gave the dollar owed and was given the ticket to check in return. When she realised it was a winner, she gave the ticket back, not for a second thinking that she wouldn’t be part of the conversation around the winnings. The group had other ideas, refusing to split the winnings with her and stating that she hadn’t paid her dollar. She obtained an injunction to stop the winnings being collected before agreeing to allow the seven other members to collect one-eighth of the winnings, with the other eighth put in a trust until the court case on the matter had been settled.

How many people would need to be in a syndicate for you to refuse to payout one of the members if you won $99 million? A logistics agent at a cabinet business in the US state of Ohio was missing from work with a back injury in June, July and August of 2011. When the group that he had apparently been part of a syndicate with for eight years won the jackpot on the 5th of August, Edward Hairston missed out on the winnings because he had not paid any money towards it for the previous three months.

Though it was claimed by Hairston’s lawyer that there was an implicit agreement that workers would cover for each other when absent due to illness or holiday, the lawyer working for the other 22 workers said that that wasn’t the case. Not only that, but it was claimed that Hairston had been invited to take part in the syndicate via email during his enforced absent, but had declined the opportunity to do so. Not paying the $15 ended up costing him around $2 million. Eventually, an out-of-court settlement was reached between the parties for an undisclosed sum.

Lucky Seven Workers Not So Lucky 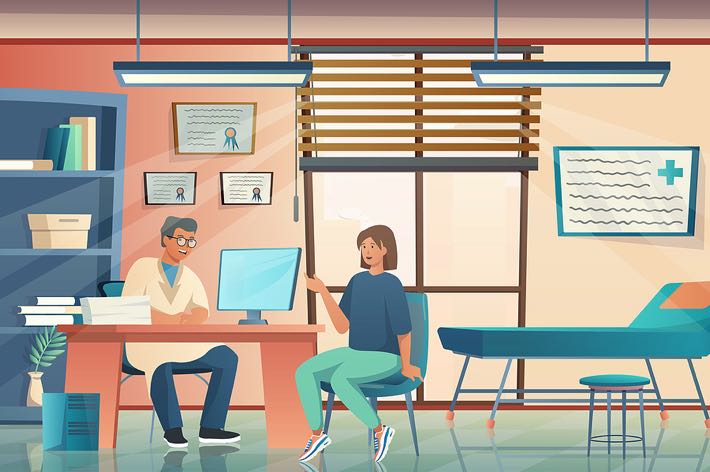 A group of workers at the Kaiser Permanente medical office in Garden Grove, Orange County labelled themselves the ‘Lucky Seven’ after they won $315 million in the multi-state Mega Millions lottery back in 2005. One worker who wasn’t so lucky was Jonathan De La Cruz, who claimed he had always been part of the syndicate in the past and therefore deserved a slice of the winnings. The members of the group, made up of one secretary and six lab technicians, didn’t agree, saying that it had been more than a year since any of them had pooled money with De La Cruz to buy lottery tickets.

The jackpot was the second-largest that had been won in the United States of America at the time, with the members of the group opting for a lump sum that would amount to about $25 million each before tax. De La Cruz filed a lawsuit, citing the fact that the group reportedly had an oral agreement about the lottery winnings. At the time of writing, it isn’t actually clear what happened next in the lawsuit that caught the imagination of countless Americans that took part in lottery syndicates every week.