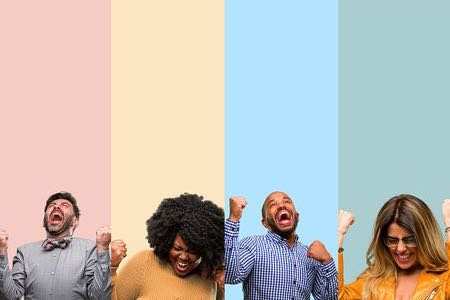 For many people, the lottery is something that dreams are made of. The chance of seeing hundreds of thousands of pounds, to say nothing of millions, is so far off in the distance that the lottery is the only way that some people can see their lives changing in such a fashion. Buying a ticket every week is one thing, but being in a situation where you can have access to several tickets for the same draw allows people to feel as though they have an increased chance of winning the jackpot each time the draw is made.

That is where syndicates come in to play, wherein several people club together to buy several lottery tickets on a regular basis, sharing any winnings that come their way. Perhaps it is a group of people working in an office or a set of regulars at the local pub. Maybe it’s old school friends or a fourball that plays golf with each other at the weekend. Whatever the grouping, a syndicate gives them the chance to pool their resources and maybe win together. The question is, how does a syndicate work, both literally and legally? 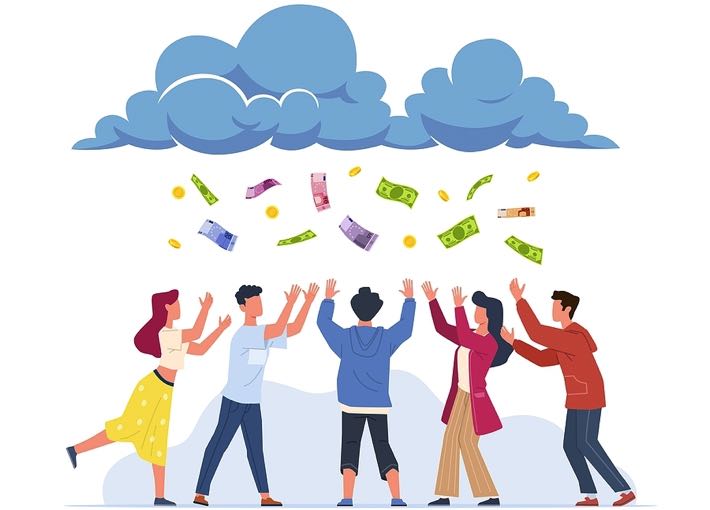 The old adage goes that there is strength in numbers. The more of you there are doing something, the more likely it is that you’re going to succeed. Of course, given the fact that the fact that the odds of winning the National Lottery in the United Kingdom are 1 in 45,057,474, it is fair to say that there really would need to be a large number of you for that to be the case. That being said, there is a feeling that playing in a group at least provides the social aspect to the lottery that is absent when you’re playing it on your own.

If you want to be part of a syndicate, the first thing that you’ll need to do is work out who is in your team. You might be playing with friends, family or work colleagues, but whatever the reason for your syndicate’s formation, you need to know how many people are involved. Imagine it is you and four friends from school, for example. Are you also going to include spouses / partners? If so, what happens if one of the couples breaks up? It is a sad thing to think about, but an important thing to establish straight away.

Agreeing how the syndicate will work before anyone agrees to join can be really important. There is no set way for syndicates to play, but there are a few things that need to be established from the get-go. Some of the key things you’ll want to consider are as follows:

Who will manage the syndicate
How many lines will be played and for which games
When payments will be made and how the members will make them
If someone misses a payment, what will the rules be
Will prizes always be shared, or will they be re-invested
Publicity can be part of a big win, but will everyone be happy with that
How will a large win be communicated and who will be told

These are all the sorts of questions that syndicates need to decide about in advance. You don’t want to win £20 million, for example, and then be discussing with each other whether or not to engage in the associated publicity. Equally, you need to know how the syndicate will work if someone has missed a payment in the days leading up to a big win. On top of that, a £100 win might be seen as decent by one member of a four-person syndicate who could do with the £25, whilst others might want to re-invest it.

Responsibilities of a Syndicate Manager

If you plan on buying your tickets at a shop, there is no need to register as a syndicate. What you do need to know, though, is that you will be liable for paying tax if you haven’t set up a syndicate agreement and then try to share the winnings between each other. Syndicate agreements are formal documents that outline how the syndicate has agreed to play the lottery and are signed in front of an independent witness. It ensures that the tax man doesn’t think that payments made between members are ‘gifts’ that should be taxed. 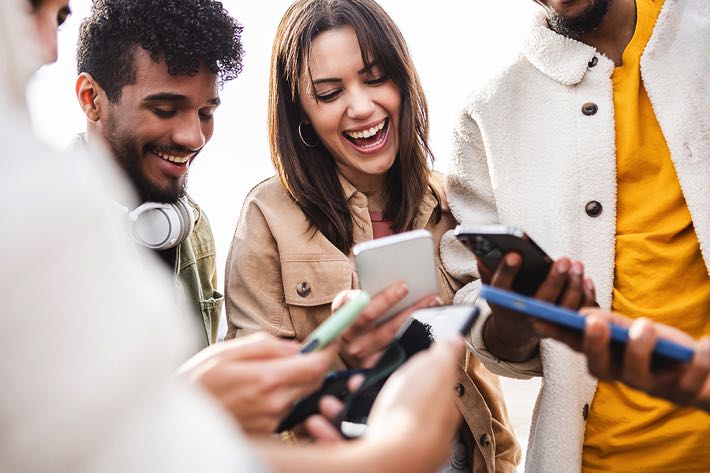 Some of the things that syndicate members will want to know is what numbers have been played, when the tickets have been bought and how much has been won when the tickets are winners. As a result, many syndicates opt to use the likes of WhatsApp or social media to create groups where information can be shared. That is also a good place to upload the signed syndicate agreement, in order to ensure that everyone is on the same page moving forwards and so that all participants know how things will work in the future.

The downside, of course, is that not everyone uses social media or messaging apps, especially older syndicate members. Those that do don’t always know what is and isn’t appropriate to send to the groups, so you might well be bombarded with pictures of people’s cats or photos from when they go on holiday. That can be as much of a job to manage as the syndicate itself, which is worth bearing in mind before you sign people up to join a group. Even so, the benefits of keeping in touch might outweigh the negatives.

It is a sad fact of life that the most common thing for friends to fall out over is money. Nothing is as emotive as finances, so it is perhaps not all that surprising that business colleagues or friends from the gym are liable to have arguments when it comes to something as potentially life-changing as a lottery syndicate and the associated win. If you want to ensure that there are no disagreements further down the line, the best thing that you can do is to ensure that a formal syndicate agreement is in place and signed by all concerned.

If you want to take things a step further, you could ensure that a solicitor has witnessed the agreement and has a copy of it too. Provided everyone knows what it is that they’re signing up for and has their own copy of the agreement, there are less likely to be any fallings out. Of course, you also need to work hard to keep the agreement as up-to-date as possible, ensuring that information is adjusted on occasions when people leave the syndicate or someone new joins it. The syndicate manager should insist on this.

Ultimately, any winnings will be paid to the syndicate manager, so everyone needs to know what will happen in the event of a win. This will save any arguments further down the line, as well as do what was mentioned earlier and allay any fears from Her Majesty’s Revenue & Customs that you’re trying to circumnavigate Inheritance Tax liabilities. It also stops the syndicate manager from falling foul of the United Kingdom Gambling Commission and its rules over being a lottery promoter, if there was proof in place that there is a relationship between all participants.

Though verbal agreements can be legally binding, they can also be extremely hard to prove in a court of law. The same isn’t true of paperwork, which can indicate how much each syndicate member has agreed to pay into the pot as well as what their share of any winnings will be. If there is any sort of disagreement between the group, the syndicate will have proof of what was agreed, signed and witnessed by a third party. This would then be a lot harder to argue after the fact, which is why the National Lottery suggests syndicate agreements are worth drawing up and signing.

Can You Join a Syndicate with Strangers? 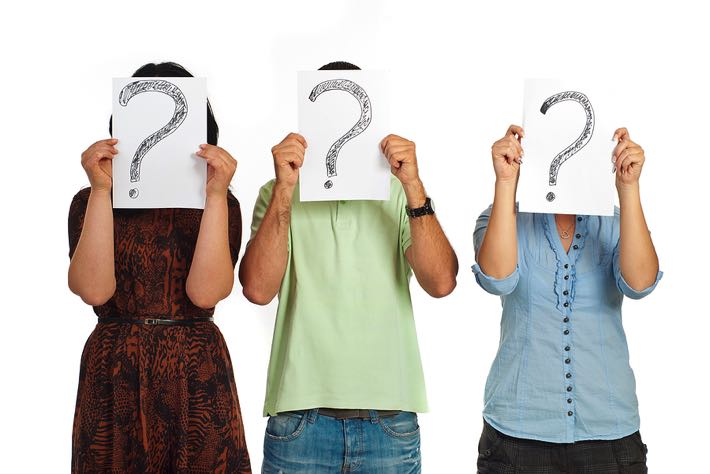 For some people, the idea of joining a lottery syndicate sounds great. The problem is, they either don’t know any other people that wish to be in a syndicate or else don’t work in an environment that allows syndicates to be formed. Imagine a scenario, for example, in which you’re self-employed and work from home, having no family members that wish to be part of a syndicate for the lottery. In that instance, is there anything that you can do in order to join a syndicate, perhaps with strangers that you’ve never even met before?

Thanks to the development of the internet, not only can you join a syndicate with strangers but you can do so in lotteries that you might not usually have access to. Some of the biggest lottery wins in the world have happened in the United States of America, for example, but if you don’t live in the US, then you won’t have access to it. Signing up with a syndicate online changes that, allowing you take part in some of the biggest lotteries on the planet and potentially win large sums with groups of people you’ve never met.

The Pros & Cons of Lottery Syndicates

On the surface, becoming part of a lottery syndicate might seem like a great idea. It gives you access to more tickets than you’d be able to buy on your own, with a syndicate containing ten people who agree to pay for one ticket each meaning that you’re getting a share in ten tickets when you’ve only paid for one. The larger the syndicate is, the better the odds are that you’ll win a prize when you consider that you’ll have access to more tickets. You don’t need to commit permanently to being part of a syndicate either.

The flip side of all of that, of course, is that a syndicate win means that you’ll get a smaller payout. Imagine a world in which there are ten players and you’ve agreed to pay for one ticket each, taking an equal share of any winnings. The syndicate wins the EuroMillions Millionaire Maker, getting £1 million, but you aren’t a millionaire. Instead, you’ll receive a £100,000 payout. Obviously that’s not bad, but it’s maybe not as good as you were hoping it would be and it is unlikely to be life-changing for most.

You can read about what happens when syndicates go wrong elsewhere on this site, but the important thing to know is that they are legally enforceable if everyone concerned has signed a syndicate agreement. If not, the question comes down to what is morally right. In a scenario where there is no syndicate manager and everyone just buys their own ticket, yours is a winning of a small amount like £20,000 and you don’t want to tell everyone, ask yourself whether you would look to take legal action if it was another member of the group that had hidden their win from you?