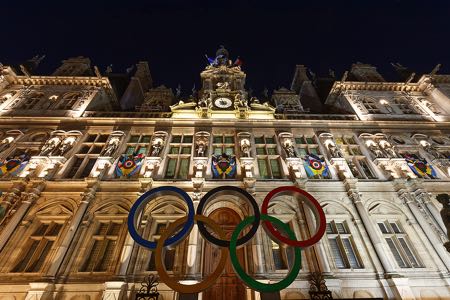 If you’re a fan of football, you’ll doubtless be aware of the controversy surrounding the manner in which Russia was chosen to host the World Cup in 2018 and Qatar was chosen to host it four years later. That controversy may, in turn, have caused you to ask questions about the way in which other major sporting events choose the host city for them. There is no bigger sporting event than the Olympics, taking in a multitude of disciplines and inviting athletes from around the world to turn up and try to win a bronze, silver or gold medal.

Anyone that has watched season six of the TV show, Billions, will have watched the machinations of Michael Prince as he attempted to secure the Summer Olympics for New York City and wondered how much truth was in it. Whilst it is unlikely to be quite as Machiavellian as it is made to seem for television, there is certainly a degree of truth in the sense that the decision is made by members of the International Olympic Committee in a secret ballot. It is unlikely there is any bribery involved, as suggested in the show, but after the FIFA affair, who can say for certain? 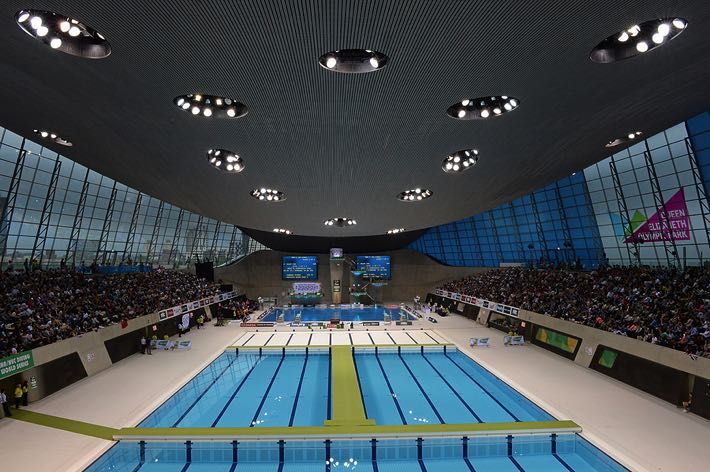 The first stage in the selection of an Olympic host city is for those that are interested to bid for the right to be a host. This actually begins many years in advance of the actual Games that the city will be hosting, having previous been seven years before being extended to 11 years for Los Angeles in 2028 and Brisbane in 2032. The initial move for a potential city has changed, with the former manner of selection requiring a National Olympic Committee to put forward a candidate city. The problem was that this was a lengthy and costly process.

In order to reduce the cost of hosting the Olympics, which was beginning to put some cities off from wanting to be hosts, not to mention the loss of confidence in the Olympic movement. This was because it left people open to bribery, as happened in the 1990s, when six IOC officials were removed from the governing body after reportedly taking bribes in order to help Salt Lake City secure the hosting rights for the Winter Olympics in 2002. Instead, there is now a ‘dialogue’ between an interested city and the International Olympic Committee.

The Future Host Commission is tasked with the responsibility of carrying out ‘feasibility assessments’, which consist of both a Strategic Assessment and a Technical Assessment. The purpose of the Strategic Assessment is to find out why it is that a city wants to host the Games. What are their vision and priorities? This also looks at the economic context of a potential host, in addition to the political situation, any sustainability issues and both political and human development scenarios.

Though the Strategic Assessment of a potential host is arguably the most important aspect in terms of ensuing that human rights aren’t being abused in order to make way for the Games, amongst other things, the Technical Assessment is also an important part of the bid. This is the side of the approach that focuses on the feasibility of a city as a host, asking one simple question: can they actually host the Olympic Games? This will be depended on the likes of funding, public interest and transport, as well as the likes of security.

The Technical Assessment will also consider the venues and sporting facilities that are on offer, in addition to the the accommodation available to the participants and spectators. In recent years, there has been a shift in approach in order to make the Olympics more sustainable. This has seen a shift to using existing infrastructure and venues wherever possible. For Paris in 2024, for example, 95% of the venues will be either existing or temporary, whilst that will increase to 100% for Los Angeles in 2032.

Why the Process Was Changed

The International Olympic Committee decided to change the process in place for selecting the hosts for a number of reasons. It wanted to ensure that it remained ‘in step with a rapidly changing world’, ensuring the opportunity to deliver Games that are ‘better aligned with future hosts’ long-term plans’. On top of that, the move also allowed for major savings to be made by potential host cities, with the decision hopefully allowing for more sustainable projects that will benefit Olympic cities in the long-term.

The moves were made in the wake of Thomas Bach becoming the President of the IOC in 2013, beginning properly the following year. They received the unanimous support of the full membership of the International Olympic Committee at the time, which used it to set out a ‘roadmap for the future of the Olympic Movement’. One of the main areas that the Olympic Agenda 2020 looked to improve was the candidature procedure, introducing its new philosophy around projects that fitted sporting, social, economic and environmental plans of the cities in question.

It was felt by the IOC that the changes had an immediately impact. The introduction of the non-committal dialogue phase worked well for the selection of the host city for the Winter Olympics in 2026. The cities that applied to host incurred significantly less cost than in previous years, both in terms of the candidature budget and operating budget. The increased flexibility offered to cities was seen as a good thing, with the Committee likely to work hard to introduce further changes in the future. The innovations introduced were as follows:

A permanent, non-committal and non-edition specific ongoing dialogue for interested hosts
Interested Parties remain in contact with the IOC even after a host city has been chosen
Summer & Winter Future Host Commissions formed
IOC Session given more influence

By going down this route, the International Olympic Committee is able to more readily ensure that the cities that are put forward to be voted on as hosts will be suitable candidates. Not only that, but there is a strong likelihood that the city will be able to sustain the changes made in order to accommodate an Olympics, without any of its residents being displaced as a result. 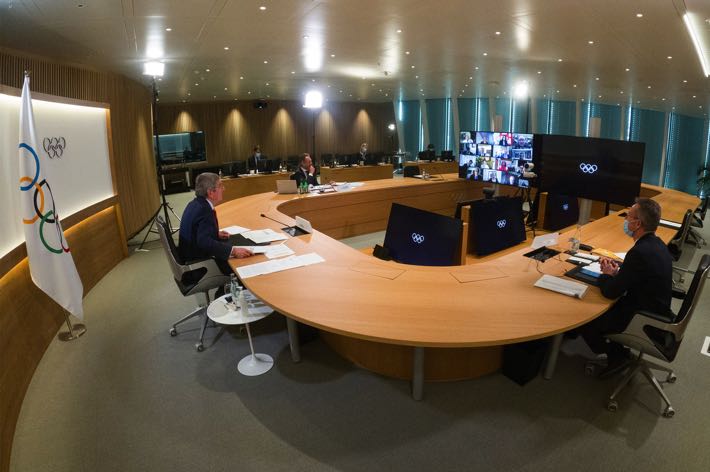 Once the potential host cities have made their intention to host clear and the feasibility assessments have been carried out and given the green light, the Future Host Commission will inform the International Olympic Committee’s Executive Board. That is made up of the President of the IOC, as well as four Vice-Presidents and ten other people. It is the executive body of the International Olympic Committee and is in charge of running things in a similar way to how a cabinet is in charge of running a country.

The International Olympic Committee Session can be thought of as being akin to a General Assembly of its members. They come together to make decisions, which then have to be implemented by the Executive Board. Often referred to as the ‘Supreme Body of the IOC’, the IOC Session happens once a year unless an extraordinary session is called. It is where hosts are decided, as well as being the body that decides on new sports to be included in future Games.

Despite the fact that there are 206 nations that tend to compete in the Olympic Games, there are only 102 members of the International Olympic Committee. The members don’t necessarily represent their nation, with several people from the same country being members of the Committee. There are several from Canada, for example, as well as from the United Kingdom. The IOC’s own rules say that there can’t be more than 115 members at any one time. In order to become a member, you must be nominated by a National Olympic Committee or a recognised sports organisation.

Members of the IOC Session each have one vote when deciding on a host city. Votes are cast in a secret ballot, with the host city with the fewest votes eliminated when there are more than one Preferred Hosts to choose from. The voting will continue until a candidate receives a majority of the votes. For the voting on Brisbane as the host of the Summer Olympics in 2032, for example, there were no other Preferred Cities and the Australian capital of Queensland received 72 yes votes and five no votes.

Why a City Would Want to Be an Olympic Host 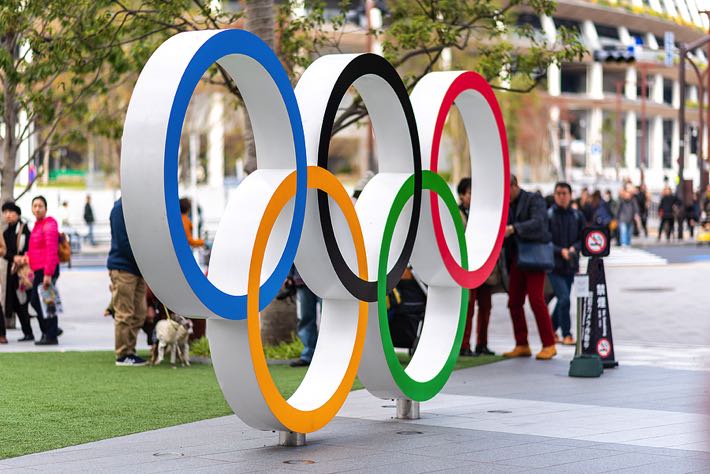 Though things are much cheaper and easier for cities in terms of applying to be a host than it used to be, the question is why would cities want to host an Olympic Games in the first place? The answer, most of the time, is about money. Though there is obviously a degree of prestige that comes with being an Olympic host, there is so much more than that at stake for the cities that end up being hosts. Even as long ago as 2001, for example, a host city would be on course to receive about $1.2 billion for television and sponsorship rights alone.

Add to that the revenue from IOC official sponsors, such as McDonald’s and Coca-Cola, and you can start to see why a city might be keen to spend the initial outlay that will come back to it many-fold. Tourists will flock to the city during the period of the Games, which will ensure another revenue stream for governments and locals alike. Then there is the global recognition that will accompany being a host city. Who can forget what it was like for London to be hosts in 2012, seeing the country come together before it was later ripped apart by the negativity and lies of Brexit?