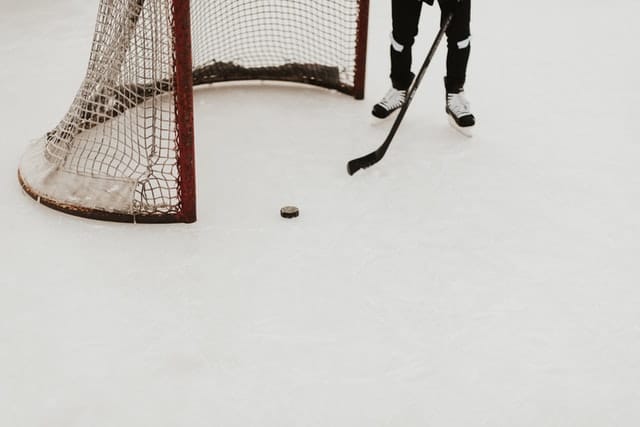 Action now moves to Amalie Arena in Tampa for Games #3 and #4.

The Colorado Avalanche are just two games away from winning their third NHL Stanley Cup in team history!

The Avs took care of business Saturday night by scoring multiple goals each period en route to a 7-0 shutout win – extending their 2022 NHL postseason record to 14 wins and 2 losses overall.

With a 2-0 series lead, Colorado will now travel to Tampa to take on the Lightning in Games #3 & #4 on Monday and Wednesday, respectively.

What Bet Types Can I Make On The NHL Stanley Cup Finals?

Despite the Tampa Bay Lightning’s stellar postseason performance against the Presidents’ Cup winners Florida Panthers, Game #3 moneyline odds at Amalie Arena provided by legal online Colorado sportsbooks are nearly deadlocked at even. This could have a lot to do with how well the Avs have performed during this year’s Stanley Cup Playoffs plus the momentum Colorado has gained from winning both of its series games at Ball Arena.

Colorado online sports bettors have a lot of options for wagering on Games #3 and #4 of the Stanley Cup Finals, including a Game #3 Over/Under line that is currently hovering around 6 total goals.

There are no restrictions on individual player “prop bets” in Colorado for professional teams, which means there will be plenty of interesting opportunities for bettors to attempt to win a Single Game Parlay – one of the most popular bet types statewide in the Centennial State.

If you made a “futures” bet at the beginning of the season that Colorado would ultimately win the 2022 NHL Stanley Cup, then you could be in for a big payout. DraftKings Sportsbook Colorado offered CO bettors a +475 futures wager on the Avs this preseason, which is looking very healthy entering Monday’s Game #3 in Tampa.

As always, CO online sports betting is available to individuals who are physically located inside Colorado’s state borders and who are at least 21 years of age.

Register for a new account now through COBets and take advantage of a wide array of welcome offers and bonuses that are available online.

Rockies Have Won Three In A Row

The Colorado Rockies swept the Padres this weekend at Coors Field, improving their 2022 MLB regular season record to 30 wins and 37 losses.

Colorado will now travel to Miami and then Minnesota to take on the Marlins and Twins respectively, before coming back home to Denver for a three-game series versus the NL West leading Los Angeles Dodgers to end the month of June.

Already 11 games behind and currently in the cellar of the National League West division, the Rockies are in desperate need of a sustained run heading into July’s five day All-Star Break.

Round 1 of the 2022 College World Series in Omaha resulted in all four unseeded teams defeating their ranked counterparts.

On Sunday, the #9 Texas vs. #5 Texas A&M loser’s bracket elimination game resulted in the Aggies advancing over the Longhorns 10-2 by scoring ten unanswered runs after being down by a pair in the second inning. Texas is now eliminated while #5 Texas A&M will play Notre Dame in a Tuesday afternoon elimination game.

The unseeded Oklahoma Sooners are in the “Bracket 1” driver’s seat after defeating the Fighting Irish by a score of 6-2 on Sunday night. At 2 wins and 0 losses for the CWS, Oklahoma will play the winner of Notre Dame vs. Texas A&M with an undefeated advantage in the double-elimination bracket.

Monday’s College World Series games will include an elimination contest between #2 Stanford and #14 Auburn, plus the “Bracket 2” winner’s matchup between Arkansas and Ole Miss.